And NDSM doesn’t have to try to be cool! It simply is. It is a self-proclaimed self-made city on the remnants of the old shipping industry – used to be the biggest shipyard in Europe. It is described aptly by themselves as “vivid, intense, highly contrasting and unique” and you experience all of those qualities when you walk around. I have a separate post about the amazing Amsterdam Drawing Festival that was happening in this zone. But here are some pictures of the shipyard itself and some artworks that were enhanced by the magnificent industrial backdrop. 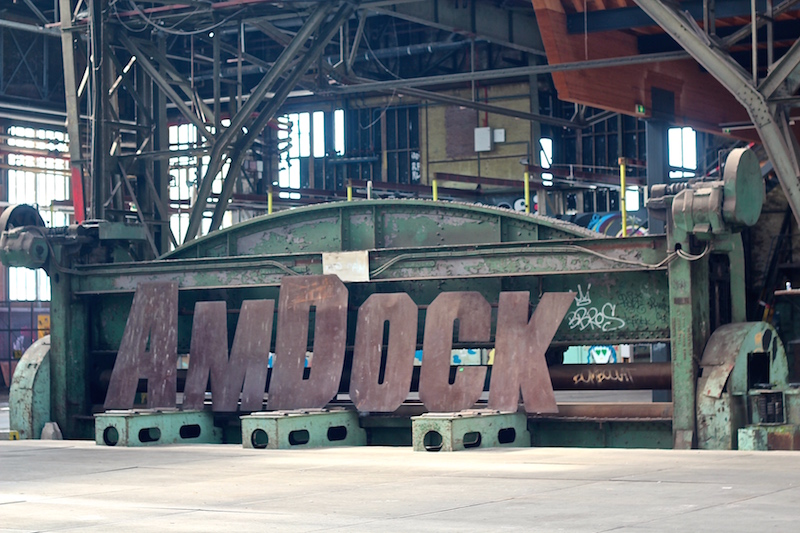 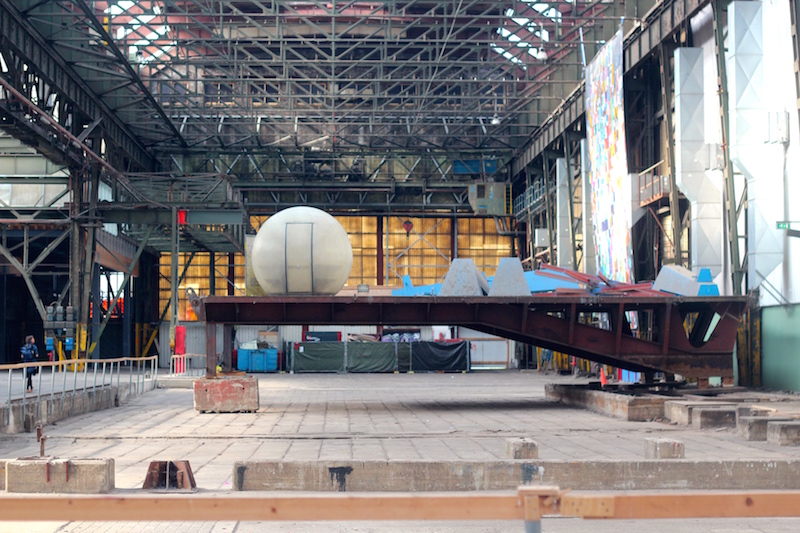 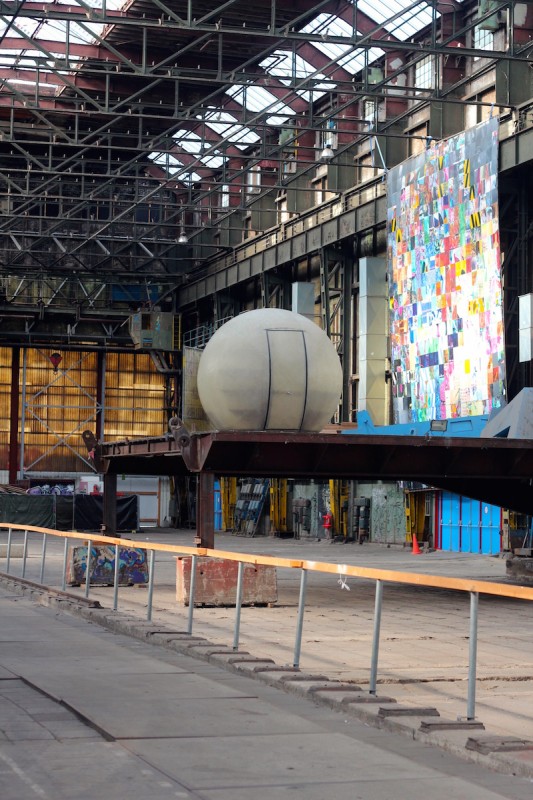 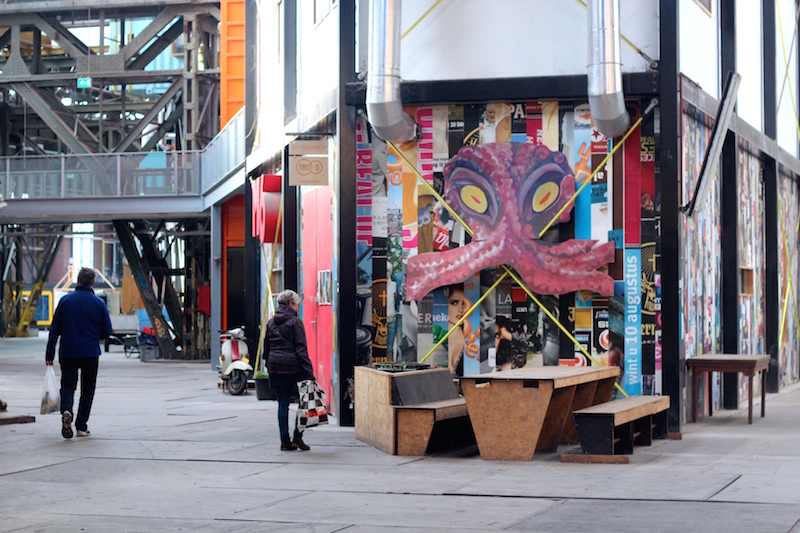 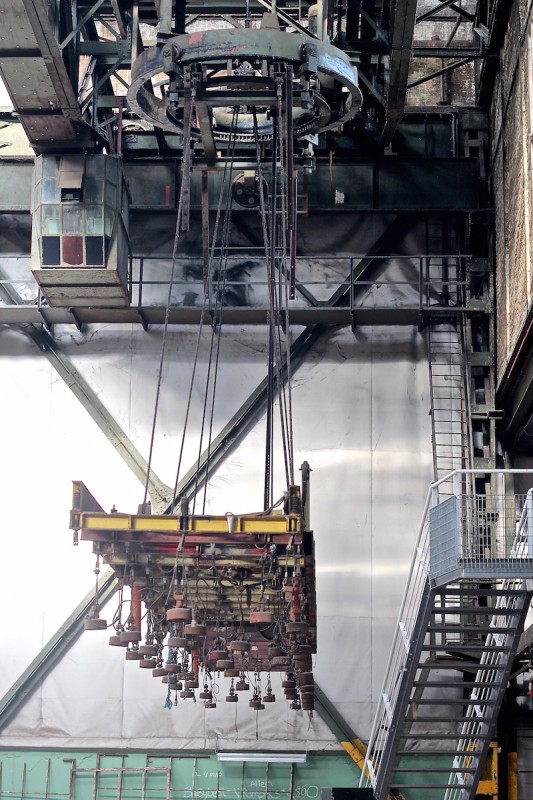 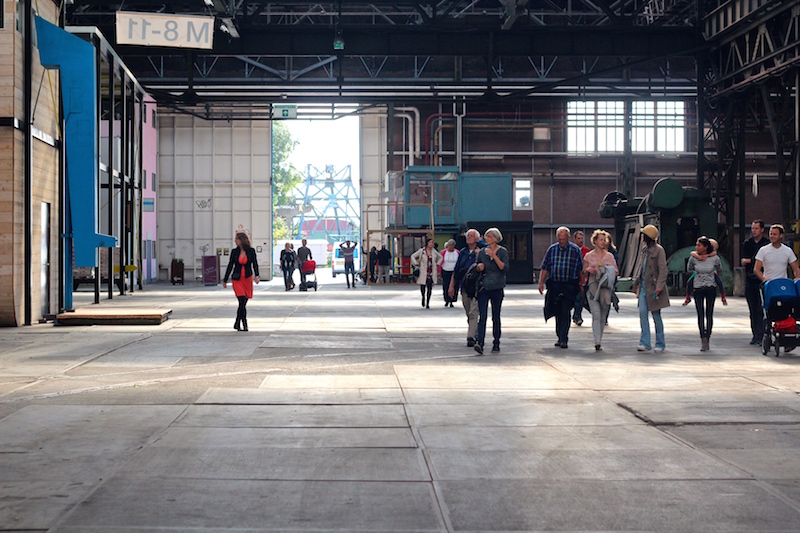 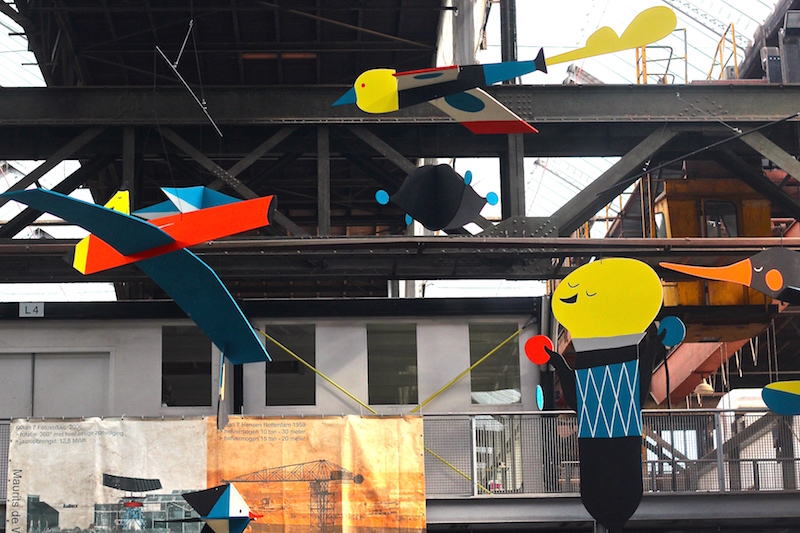 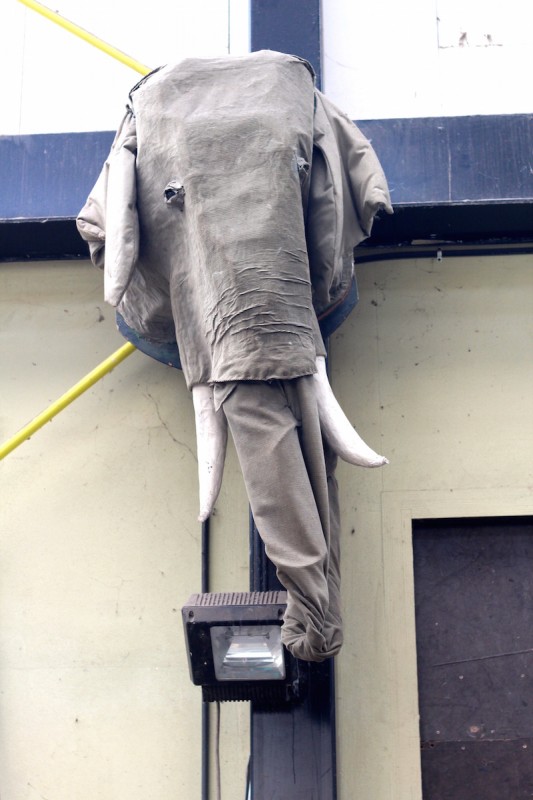 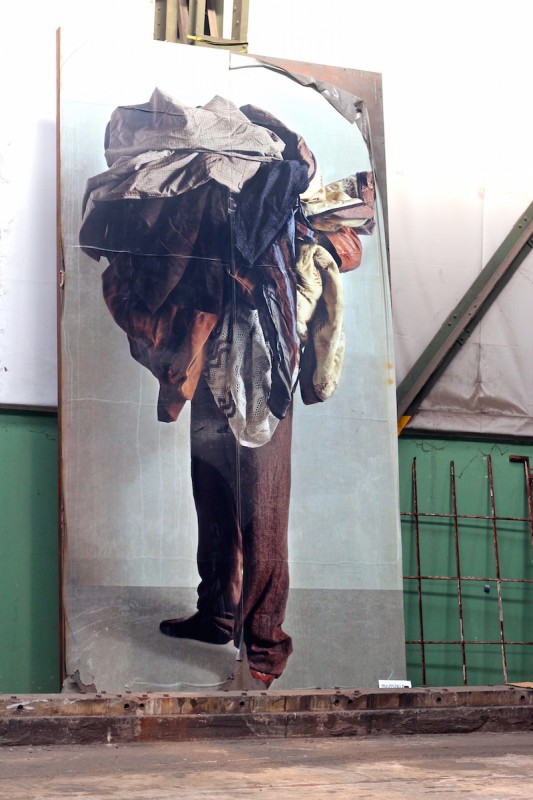 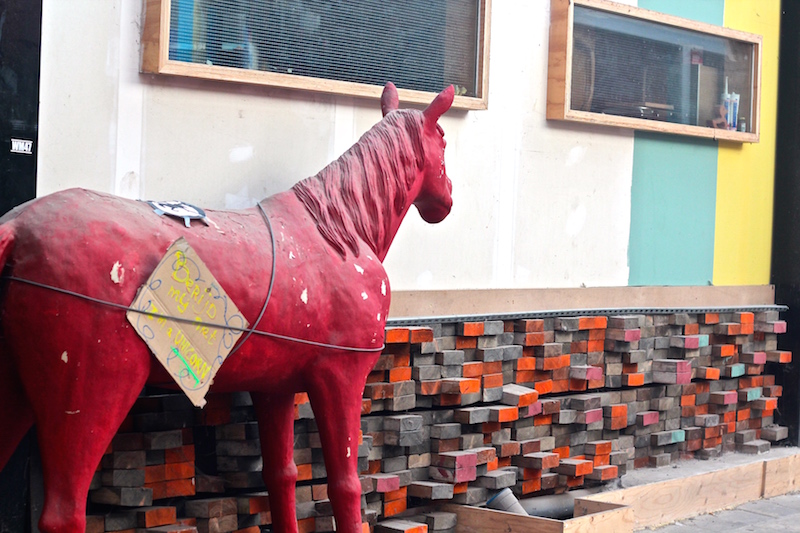 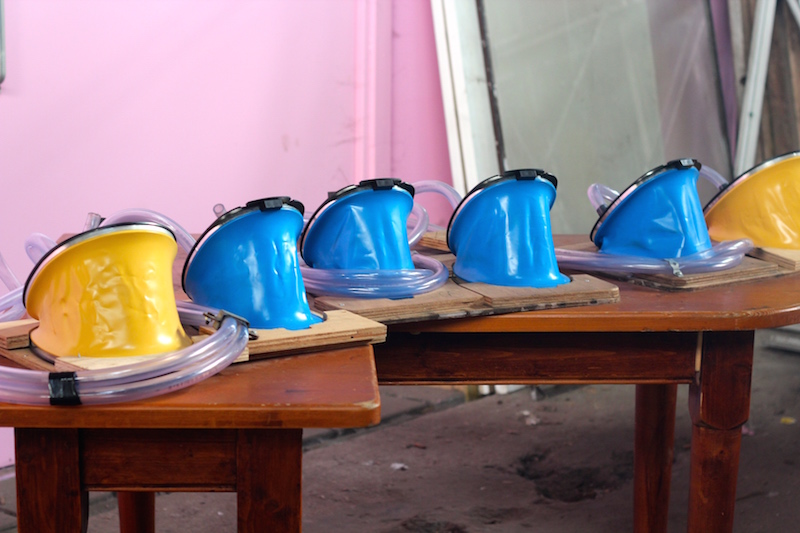 and this quintessential Dutch corner at the shipyard! 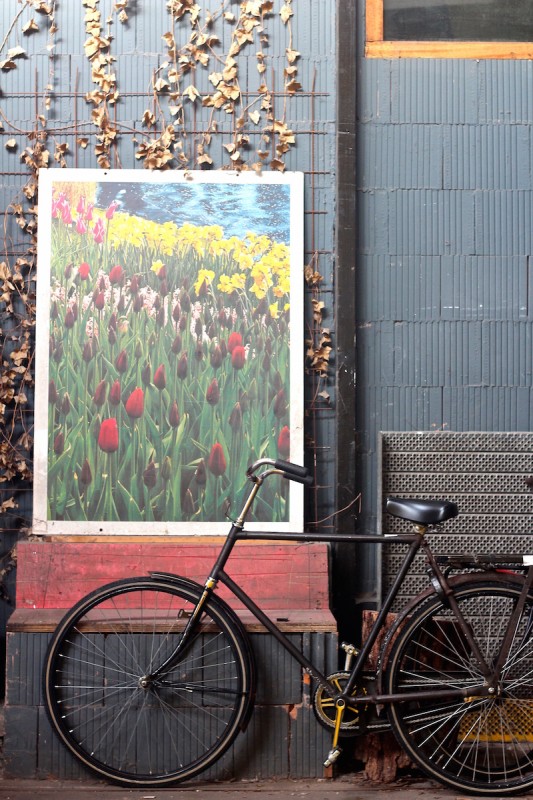 5. national military museum vs. nijntje museum (not in Amsterdam)

I have zero interest in war and military related anything! But I was told this new national military museum in Soesterberg was a different kind. And it was. The architecture of this building which is situated in a forest is state-of-the-art. It is one of those structures that makes you feel united with the beautiful landscape outside, you can watch the parade of the dutch clouds in the sky from every corner of the museum, feeling that you can touch them and yet you are shielded from atrocities of the weather. Everything from the interior design, traffic flow design, graphic design, display design, signage, furniture, you name it…is impeccable, harmonious, yet simple and super elegant. I am holding on to my ticket stub and brochures as I loved everything about the layout, typography and design (again!) The highlight of the museum for me, beside the space itself, were its modern and interactive multi-media exhibitions and installations ( I haven’t seen such quality anywhere else yet.) Through these, they had done a fantastic job of grabbing the attention visually to tell  the captivating narrative that wove the history and essence of the Netherlands with its involvement in wars and the world politics. And since it was a military museum after all, I was impressed by the sight of the fighter jets and aircrafts dangling in that grand space. 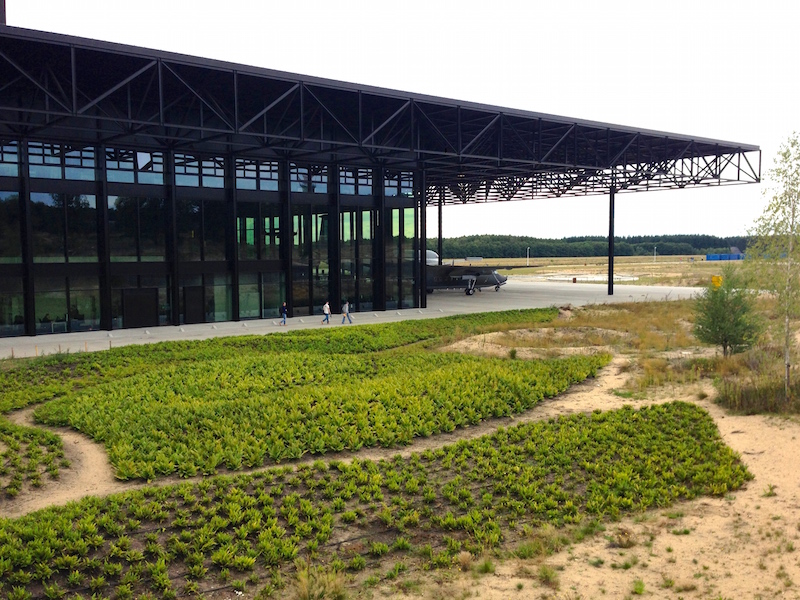 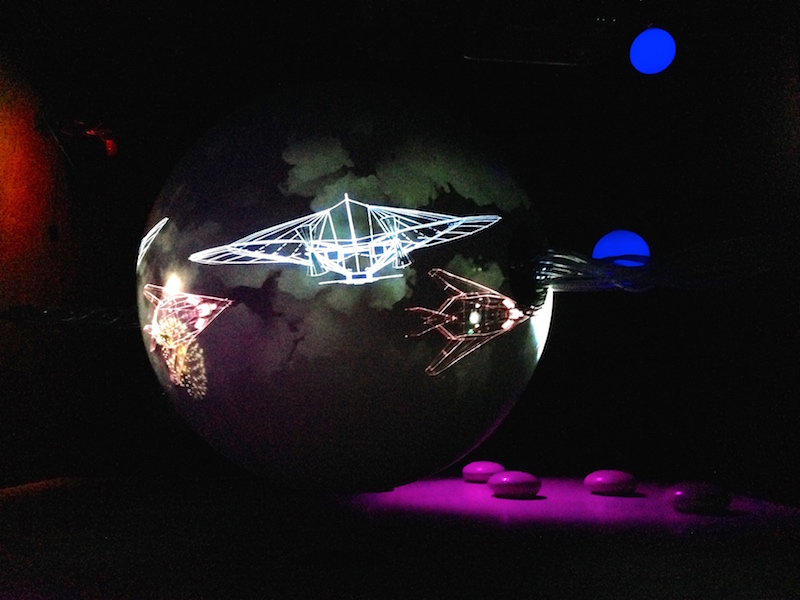 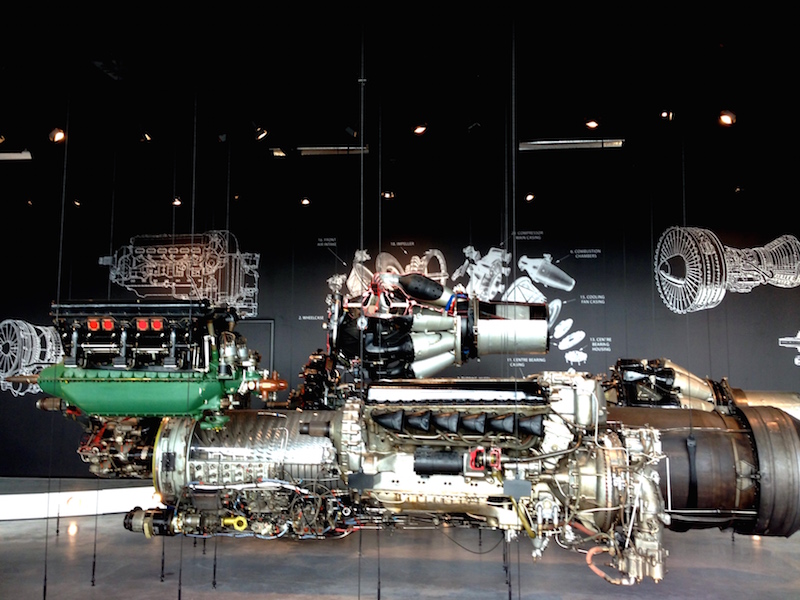 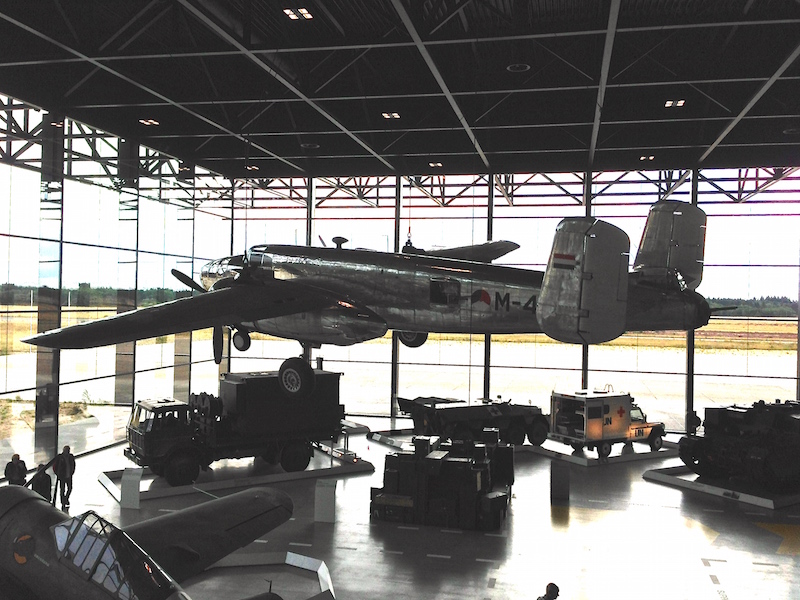 On a complete opposite note, nijntje (miffy) the iconic creation of the Dutch artist Dick Bruna, turned 60 this year so even the traffic lights in Utrecht (nijntje’s hometown) adopted the character for this milestone birthday and there is a whole new museum dedicated to the little rabbit. The museum is obviously kid’s centric but it is professionally designed and tastefully executed. The quality displays serve all visitors alike. Some statues designed by great artists for the nijntje art parade (recently auctioned off for UNICEF’s education projects) were on display, this link has the images of all the different designs and they are just fantastic. 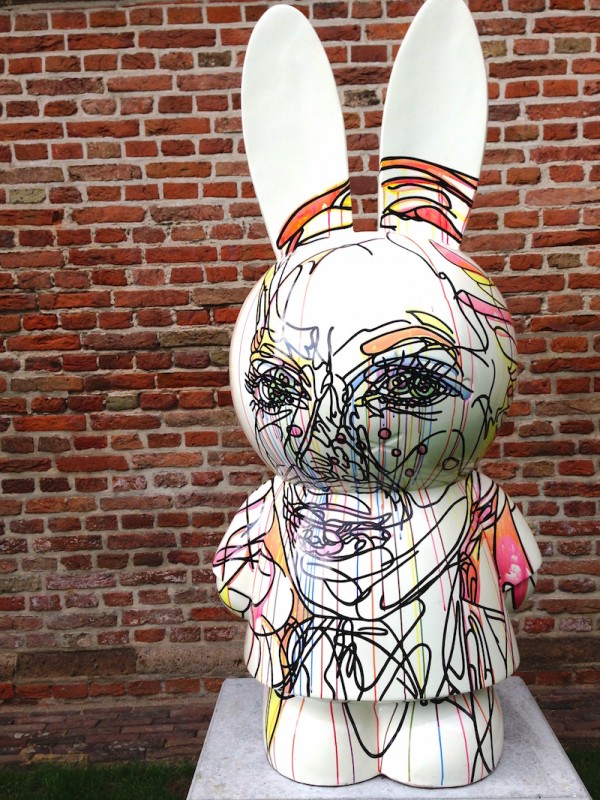 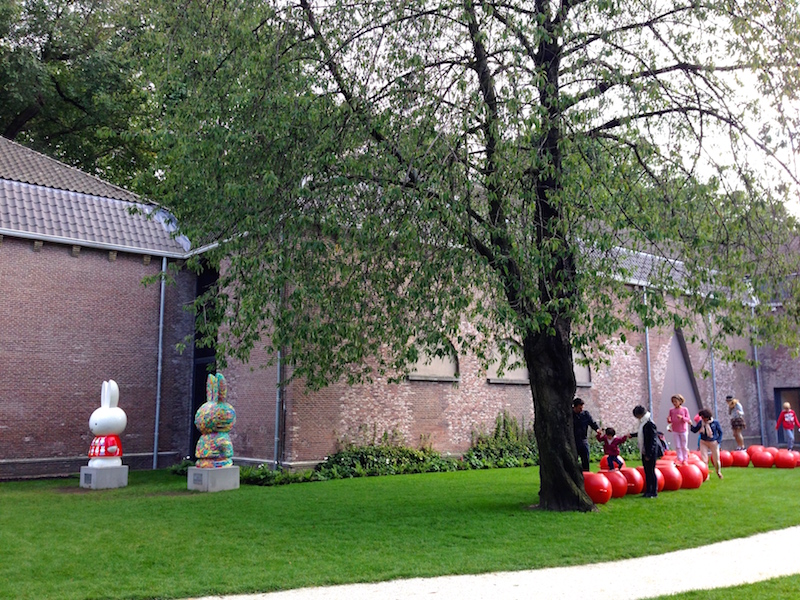 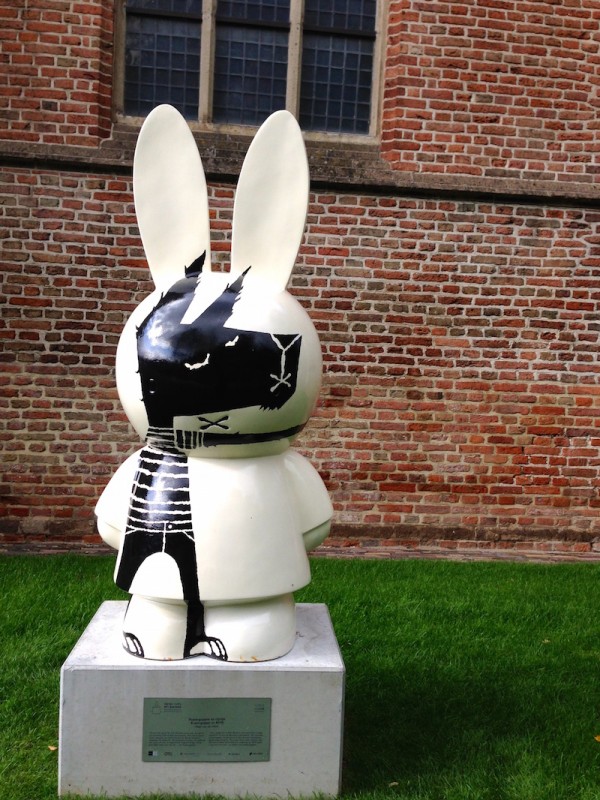 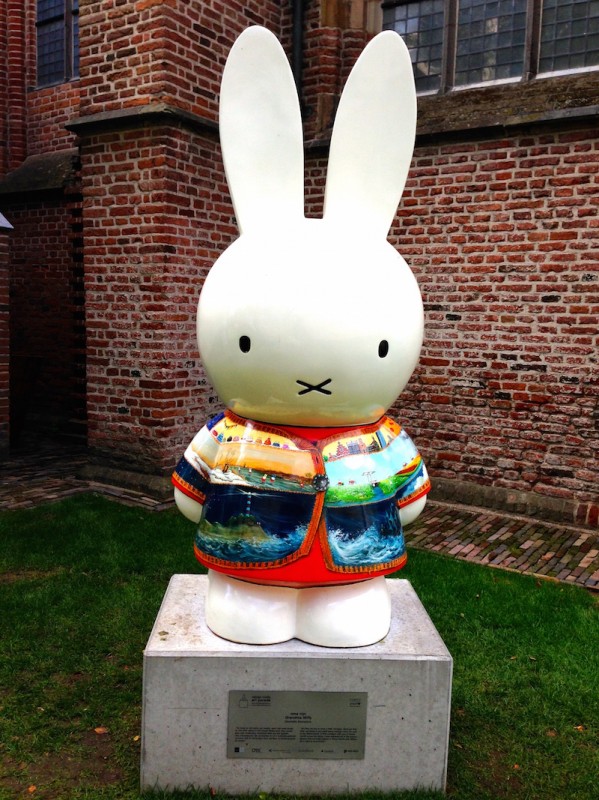 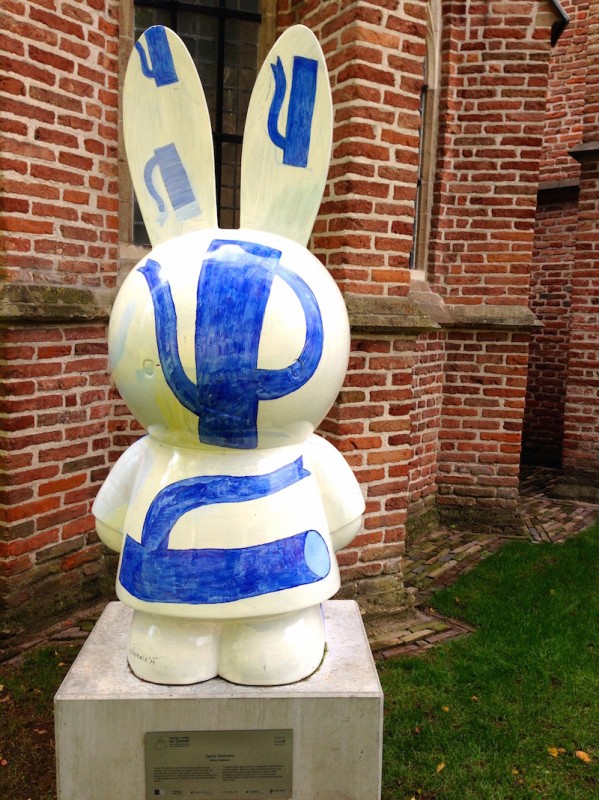 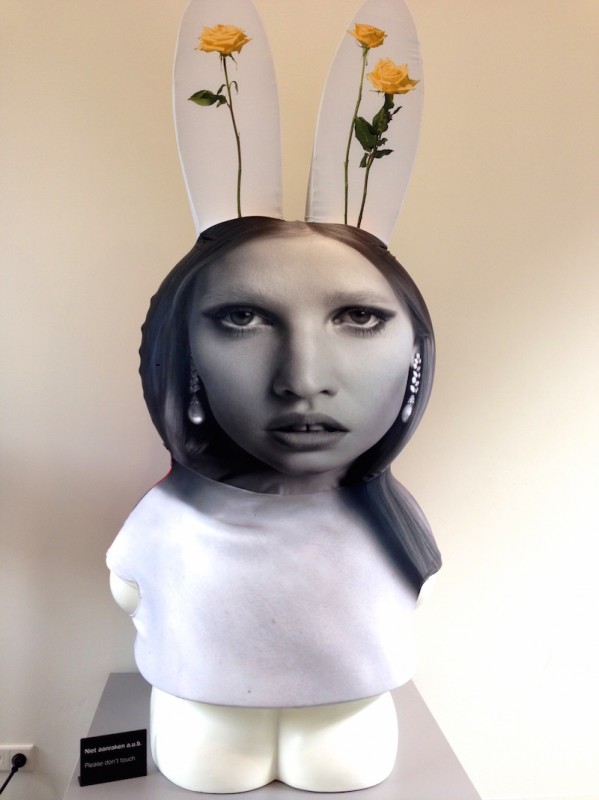